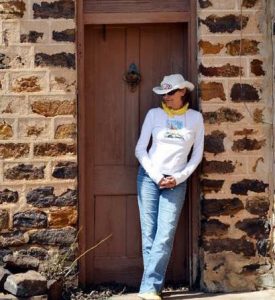 Her father, a physicist and rocket scientist – her mother, a twin.  Thus was the setting for a life full of travel, spaceships, astronauts and oceans. Jerialice has traveled the world gathering material, entertaining, creating music, and building her reputation as a creative musician.  She landed on a small ranch in the Texas hills after living in Austin and Houston for many years. There she began her solo song-writing career.

Since her first band in 1972, Jerialice has invested years fine tuning her craft. Among the many well-known bands she started and/or played in are the award winning Beat Meters and Chickadeisels in Austin Texas.  As a solo artist, she continues to make a name for herself. Jerialice has also enjoyed successes with her visual and sound production projects. She continues to perform on concert stages, churches, fine dining establishments and more.

Jerialice owns the unique RiverSounds Recording Resort in Castell,Texas,
on the Llano River (an ancient Chana Indian spiritual gathering place). At RiverSounds, Jerialice has created the pristine atmosphere artists desire for concentration and inspiration. She is an accomplished music consultant, engineer and producer. Jerialice co-creates with experienced performers and coaches aspiring artists with albums, demos, and midi soundtrack audio.

In addition to her exciting solo career and busy RiverSounds schedule, Jerialice is the band leader of Enchanted Rock Band She also started and manages Texas Songwriters In The Round.

A Gal Named Jerialice
Austin, Texas is the state’s mecca for artistic flare.  It draws inspired souls from all over the world and in one particular case, an award-winning, ex-Austinite will return to town bringing new music to the world at her CD release party for band members, friends and fans!

Meet my friend Jerialice.  Oh I say friend but, we hardly know each other and yet I feel as though I have known her my whole life.  In fact anyone that knows her will tell you the same.  For years Jerialice has been performing with Joe King Carrasco, singing back up and playing bongos for the world famous artist.  She also toured throughout her life solo or with various original music bands of her own. She’s started and performed in seminal Austin bands since 1979, playing many styles. After battling for her family’s inheritance down in Mexico, she bought a ranch and started a recording studio outside of Austin along the Llano River.  Once she got settled in, she recorded over 200 projects (and is still doing some work with select clients) It’s interesting to learn that the album came together and she found studio time soon after the songs were written because the musicians she wanted to record with were actually available and could join her in the studio right then”.  It was a marvel of timing, slowly like a very large clock, gelling over six years!

Her band is called “Enchanted Rock” it’s modeled after the soaring and yet rooted aspects of the nearby National Landmark, Enchanted Rock. As years went by she kept the faith and worked slowly but surely on the new material she’d been writing on her ranch. The odds were against her but other artists, who she also valued as friends, stood along-side her during the six year production and recording process. Logically Jerialice knew that it was almost insane to think that you could bring whatever this was to life, yet there was this insatiable God given desire to get it done big time. She moved forward in an almost unrelenting way with much personal sacrifice, and she completed the project. She self-produced, engineered, mixed at her studio and then self published with a little help from her friends. Jerry Tubb put the icing on top. Currently she is getting the distribution arm in place for her upcoming release and at the same time she is about to take to the stage again, maybe even before the ink is dry on the distribution contract. But that’s how it’s going and Jerialice is following her instincts because it feels organic, as if it is growing and taking shape somewhat on its own.

Joe King Carrasco comments – “When you hear her voice you know it instantly. Like a fingerprint in the sand. It is there. In all its wisdom, in all its beauty.
Singing her message and melody that I have heard through all these years – as old as the llano river that has flowed for eternity,
a voice of forever and on this river she lives and her voice sings with it like those wild winds blowing in from west Texas that you hear
late at night when you are staring at the starry skies.. Yeah, you hear it and you know it is Jerialice.”

“A fine collection of laid back rootsy tunes and lyrics that take cool, unexpected twists and turns. Veteran players with plenty of Texas-style guitar work throughout the disc. A perfect ‘traveling thru the desert in the middle of the night’ cd!!” Van Wilks

Looking to record the next country music #1 hit? Castell’s Riversounds Recording studio provides the creative atmosphere, equipment, sound studio, and accommodations for aspiring artists. Musicians of any genre are welcomed as well as those recording for non-profit organizations.

Owner Jerialice Arsenault is no stranger to musical machinations herself as she is a solo recording artist and front woman for the band Enchanted Rock. She also manages the Riversounds campgrounds and Merlin’s Cabin. In addition, she founded the non-profit organization Chemo Sabe, a group dedicated to providing uplifting music to cancer patients in addition to organizing, supporting, and providing recording services for cancer benefits and events. The group also provides newly diagnosed patients with support and resources for navigating life with cancer.

There’s something different about spunky Hill Country songwriter Jerialice Arsenault, who will perform in Terlingua, at the infamous Starlight Theater on Friday, March 18th. She doesn’t sing about beer, honky-tonks or pickup trucks. Instead this biblical scholar & former punk rocker explores more mysterious truths — the sort you find both deep within and high above.

The daughter of a Houston rocket scientist, a childhood spent watching NASA space
launches certainly broadened her perception of the heavens. In turn, Jerialice has a way of looking at things that is both hopeful and sweet — a feeling that comes across in her songs. Is it faith? It’s her faith and an epiphany of sorts. After surviving a life-threatening illness and much personal loss, that epiphany guided her to create a self-produced CD — Prodigal Daughter — from Riversounds, her little studio on the banks of the Llano River in tiny Castell, where she has produced hundreds of projects for others. Jerialice calls her music “Holy Folk Rock” and it is like nothing you have heard before.

The CD leads off with what Jerialice calls her darkest song — “Casa de Cambio” (House of Change). It questions the mysterious death of her father in turbulent Mexico, involving his “evil ex-girlfriend.” It is a haunting tale about lonely retirees who move south of the border. The album comprises 10 songs ranging from rock to country and from the Middle East to Far West Texas, where her CD will be released on Friday, March 18th at the Starlight Theater in Terlingua.

Asked if her music is for a Christian audience, Jerialice says “This music is universal, for all ages, all walks of life, all hearts that beat. Will Christians like it? That would be great, but, I want it to touch whoever it can with a message of love and hope, life and faith overcoming loss or pain. I will walk a million miles to bring the message of love to the lives of others. Some days, with the challenges of finishing this album, it seems that I already have!” she laughs. “I started the project in 2010, while resolving the loss of my father, went through a divorce, a serious illness and many other obstacles … but, I stayed the course. NEVER GIVE UP!”

The CD ends with the title track, “Prodigal Daughter,” inspired by the life of her sister. It tells the story of the homecoming the two had while they fought the cancer that took Judith’s life. Completed after her death, the song speaks of victory and faith.

The artists who appear on the CD — Phil Bass, Art Kidd, Bradley Kopp, Chris Maresh, Paul Pearcy, Donnie Price, Bill Smallwood and JD Rose (all Hill Country legends in their own right) — are referred to as Enchanted Rock, which also describes her music. The band is named after the famous granite extrusion north of Fredericksburg. Enchanted Rock State Natural Area is a geological icon, a 1600-acre, 1800-foot high bastion of strength and beauty that rises majestically from a scenic valley in the Hill Country.

Jerialice & Enchanted Rock’s Prodigal Daughter CDs and T-shirts can be purchased on Facebook or on the website enchantedrock.com or at the Starlight Theater in Terlingua on Friday, March 18th. Jerialice will sing a mix of originals, bluegrass and blues accompanied by her longtime friend & soundman Jeffrey White.

Jerialice is in the business of being unique, but she doesn’t have to try too hard to make a name for herself. She did that 10 years ago. At the time, Arsenault went by her first name, Jeri, and her surname Arsenault. She was tired of fielding phone calls from people asking for “Mr. Arsenault,” so, at a friend’s suggestion, she combined her first and middle names and called herself Jerialice. The change is a literal illustration of her evolution as a person, but Arsenault — a singer, songwriter and sometimes promoter — has carved a niche for herself on the career front, too. “My producer’s kind of scratching his head going, ‘I’m not sure which category you fit in,'” Arsenault said. “It’s unique but has universal themes. I would just have to say it’s Texas-flavored exotic folk rock; it’s got blues, jazz, Middle Eastern, Native American, Celtic. There’s a lot of things that went into the melting pot.” 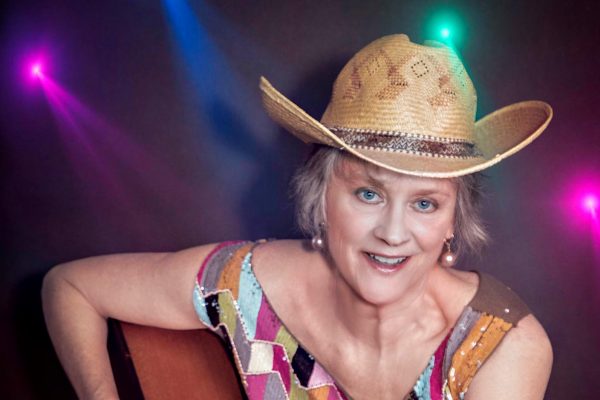 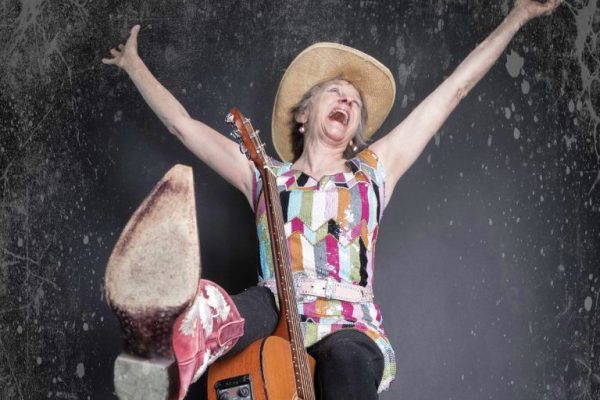 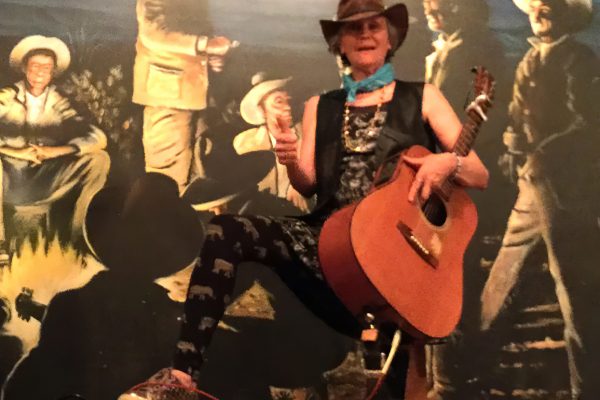 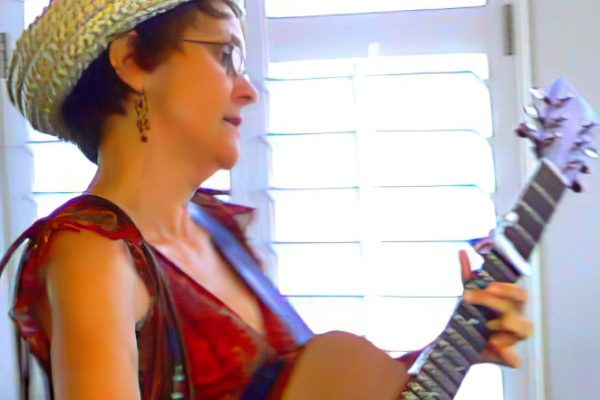 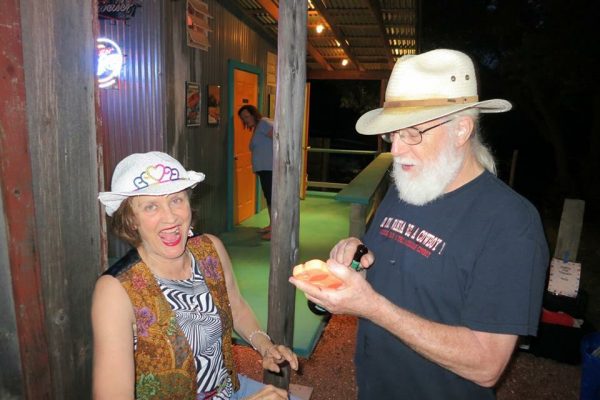 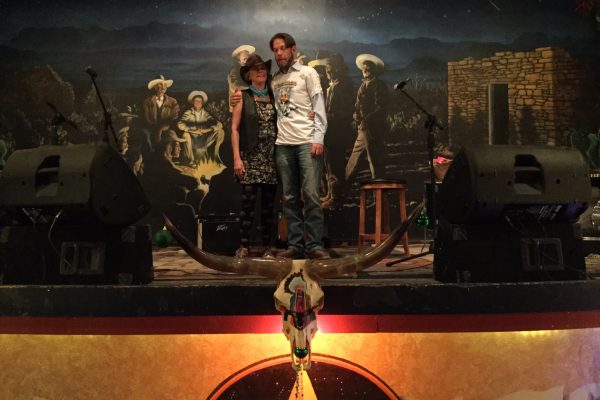